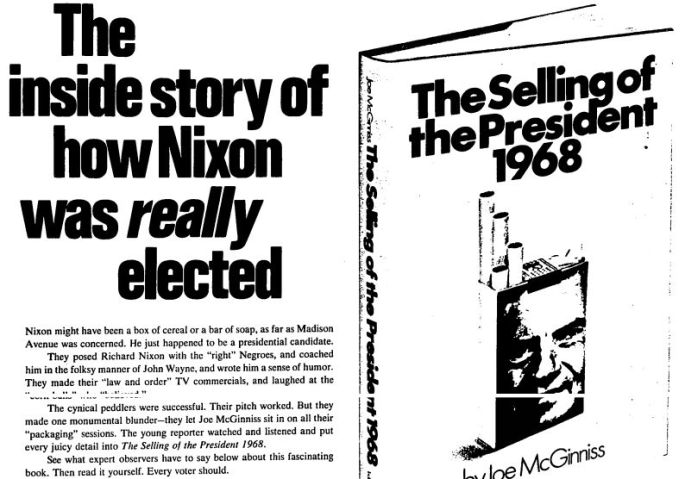 One great tidbit I couldn’t work in: This book made McGinniss into an instant star, and he received a flood of book proposals, potential TV gigs, and so many lecture offers that he had to hire an agent just to deal with them. What McGinniss didn’t do was sell the film rights. Plenty of studios inquired, but he chose instead to allow a theater producer to create a rock musical version (!!!) of The Selling of The President. McGinniss wasn’t involved with the adaptation and ended up souring on it when he found out the script included a couple of egregious plugs for Terminix. It seems the musical got financial backing from an executive with the company. No word on what his department was.